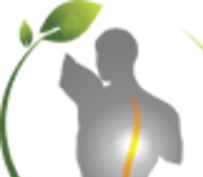 
Since then, he has enjoyed an amazing family practice, feeling extremely blessed to be able to serve the Bethany community. Dr. Sleman's focus in life is simple...God, Family, People! He has been married to his lovely wife Victoria for 25 years and has four beautiful kids, Jessica ,Jake, Gracie and Josh. Supported by an amazing staff, His focus in practice is to take care of people to the best of his ability and allow them to heal as quickly as possible.....